Marouvas is a high-alcohol, traditional wine produced in the area of Kissamos in Chania, western Crete. Romeiko is the grape variety prevalent (if not the only one) in the wine. During the centuries of Ottoman rule the name “romeiko” indicated that anyone or anything to whom or to which it applied came from Greece.

Romeiko is a red variety highly prone to oxidation and rather unstable in color. Especially in the hot climate of Crete, it does not offer itself for the creation of “classic” red wines. In the local Cretan dialect  Marouvas means “aged,” which clearly indicates that the wine was destined for long-term aging. Until recently, when a child was born it was customary to bury a barrel of Marouvas in the ground and dig it out to enjoy its contents years later at a great celebration, which could have been that child’s own wedding!

The main organoleptic features of Marouvas evoke sherry or Madeira wines and are as follows:

Marouvas is a traditional wine considered exceptional by some and …simply oxidized by others. When sipped as an apéritif or, as the locals do, accompanied by a slice of apple at the end of a meal, Marouvas evokes the Mediterranean environment in which it was born centuries ago.

The island of Santorini has a long history in the production of traditional wines. One of the most interesting ones still produced today is Nychteri, a dry white wine with a character of its own. Traditionally, it was made from a blend of Assyrtiko, Athiri and Aidani and the grapes remained on their very own clusters during fermentation, resulting in a wine of high alcoholic content that was oaked over a number of years.

Grapes destined for Nychteri were pressed during the night after the harvest, hence the name which derives from the Greek word for “night” (“nychta”). The harvest itself would start in the wee hours of the morning so that the largest part of it would take place while the morning dew kept temperatures down. In other words, through especially hard work, the grapes would stay the least possible time in the vine press before being pressed, while the amount of damage from bruising was minimized because temperatures were lower. Thus, Nychteri was one of the finer wines since the grape must was not oxidized and grape phenols were not macerated. Besides, during the night, grapes run less of a risk of being oxidized and altered since there is no sunlight, the temperatures are lower and the Aegean winds keep the kanaves (Santorini wineries) cool.

Production of Nychteri is still going strong today but employs modern vinification methods. In essence, the varietal composition, the ecosystem and the organoleptic character of the distinct and complex Nychteri of the past have evolved into a modern PDO Santorini wine of high alcoholic content produced from well-ripened grapes and oaked.

Apart from Nychteri, Santorini used to produce and, in some cases, still produces other characteristically traditional local wines, such as:

Verdea is a traditional multi-varietal white wine produced on Zakynthos, one of the Ionian Islands in western Greece which was under Venetian rule for centuries. It owes its name to the Italian “verde,” meaning “green,” which refers to the color of the unripe grapes used to increase the wine’s acidity. Verdea made its appearance at the beginning of the 19th century and has been identified with the island’s subsequent winegrowing history ever since.

Despite the small size of Zakynthos, many dozens of native grape varieties have been cultivated there for centuries. In a few verses, a 1601 poem refers to the existence of as many as 34 varieties on the island, most of which have survived to this day! Still, the term Verdea does not refer to a grape variety but to a type of wine. The main varieties used in the Verdea blend are the following:

Traditional verdea is a high alcohol content, dry wine, which gives a strong sense of aging in oak barrels reminiscent of sherry. Without losing their traditional character, today’s verdea wines are amber in color and have fruity aromas and a fresh and piquant taste. As is the case with retsina, all verdea wines bear the indication “Traditional Designation”.

Retsina is the best known traditional Greek wine. Its reputation, not always positive, had long overshadowed that of other distinguished Greek wines and appellations.

According to archaeological finds and countless written accounts regarding its production and consumption, Retsina, or “retinitis oenos” as it was called in antiquity, has been steadily produced for thousands of years. The main reasons for the use of pine resin used in vinification were the following:

Retsina is produced by the addition of the natural resin extracted from pinus halepensis (commonly known as Aleppo Pine) during fermentation of white and, in rare cases, of rosé wines. Having left only its aroma in the wine, the resin is then removed. The main grape variety used in the production of Retsina is savvatiano and, to a lesser degre, rhoditis. 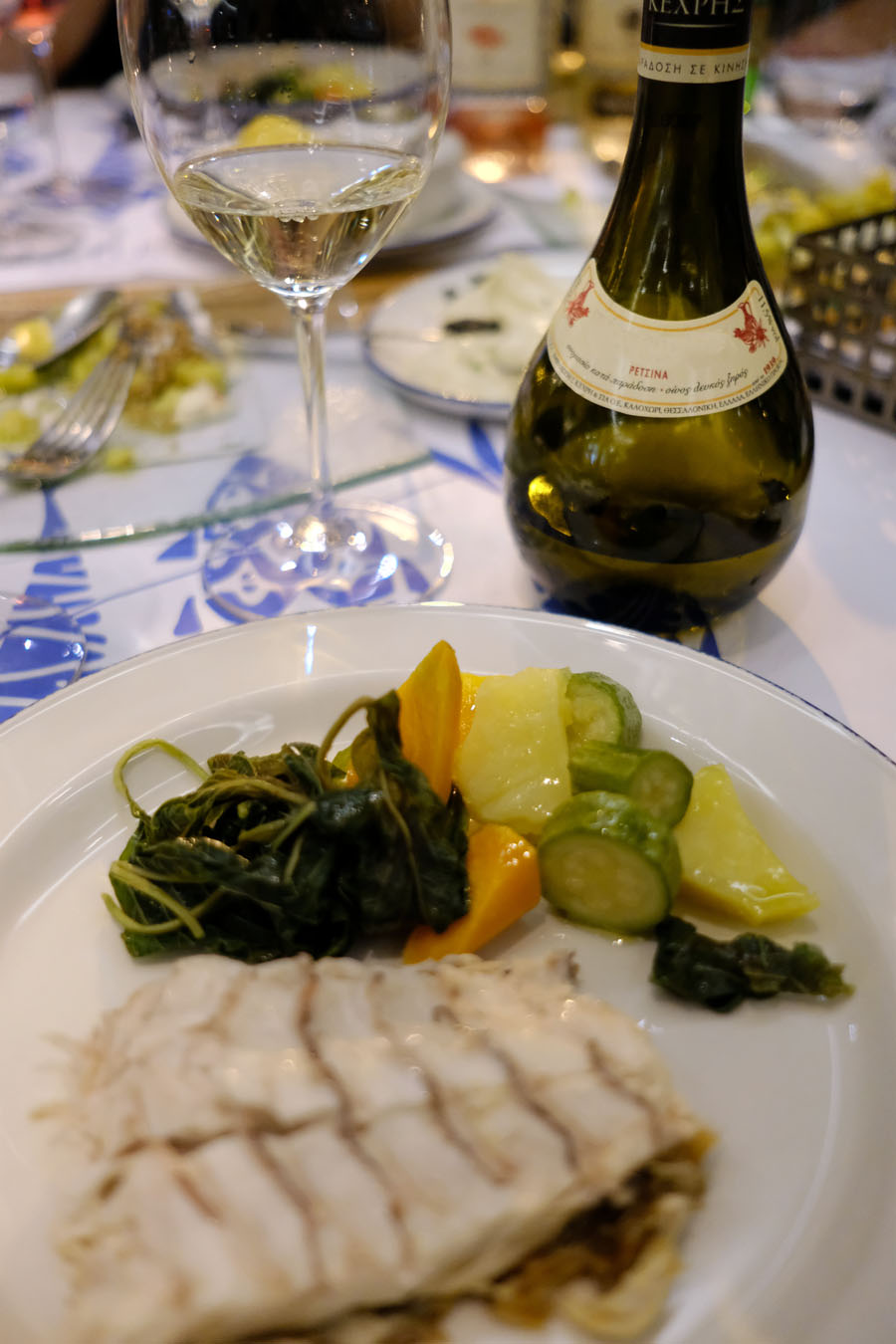 Premium quality Retsina carries the characteristic balsamic aroma of pine which, however, does not inhibit grape aromas. The imperceptible sense of bitterness leaves a refreshing aftertaste akin to that of a carbonated refreshment, and makes Retsina the ideal companion of the flavorful dishes of traditional Greek cuisine.

Only Retsina produced in Greece can carry the indication “Traditional Designation (as is also the case with verdea wine). The areas best known for their Retsina production and permitted to carry their designation on the label of Retsina are all in Central Greece:

This site uses cookies. By continuing to browse the site, you are agreeing to our use of cookies.

We may request cookies to be set on your device. We use cookies to let us know when you visit our websites, how you interact with us, to enrich your user experience, and to customize your relationship with our website.

Click on the different category headings to find out more. You can also change some of your preferences. Note that blocking some types of cookies may impact your experience on our websites and the services we are able to offer.

These cookies are strictly necessary to provide you with services available through our website and to use some of its features.

Because these cookies are strictly necessary to deliver the website, you cannot refuse them without impacting how our site functions. You can block or delete them by changing your browser settings and force blocking all cookies on this website.

We also use different external services like Google Webfonts, Google Maps and external Video providers. Since these providers may collect personal data like your IP address we allow you to block them here. Please be aware that this might heavily reduce the functionality and appearance of our site. Changes will take effect once you reload the page.